altafiber is coming to Lawrenceburg 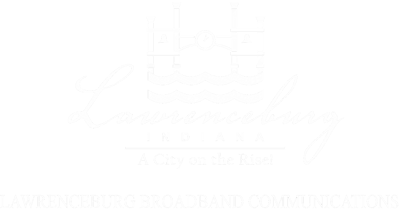 The City of Lawrenceburg and altafiber have announced an agreement in which the Cincinnati-based technology company will acquire Lawrenceburg Broadband Communications' broadband infrastructure, which provides high-speed Internet connectivity to residential, commercial, and municipal customers.

As an experienced operator, with more than 1,500 employees based in Greater Cincinnati, altafiber is the right partner to own and manage the fiber infrastructure going forward. In addition to delivering broadband Internet, altafiber will expand the network's offerings to include video and voice service over the next year. altafiber will also provide free public Wi-Fi in strategic areas of the city.

Learn more about how this impacts Lawrenceburg Broadband Communications customers.

"We look forward to delivering an outstanding customer experience to residents and businesses in the City of Lawrenceburg" - Jason Praeter, President and General Manager of altafiber's Network Division.

What did the City of Lawrenceburg and altafiber announce?

The City of Lawrenceburg and altafiber announced an agreement in which the Cincinnati-based technology company will acquire Lawrenceburg Broadband Communications’ broadband infrastructure.

What are the benefits to the City of Lawrenceburg residents now and in the future?

altafiber is an experienced operator with more than 1,500 talented employees who are based in Greater Cincinnati. altafiber is the right partner to own and manage the fiber infrastructure going forward and fully leverage this technology to improve the quality of life for residents, visitors, and businesses through various integrated services. Customers will now be able to realize the full value of a fiber-optic network that includes high-speed Internet, video, voice and data opportunities.

I am a Lawrenceburg Broadband Communications residential customer. Will my Internet service change when the transaction is completed?

Your service will not change. altafiber is committed to providing you with an outstanding customer experience. In addition, altafiber plans to introduce new services including video and voice over the next year.

I am a business owner. What will this change mean for me?

altafiber has an experienced team of executives who support business customers throughout Greater Cincinnati, Dayton, and Southeast Indiana. We look forward to leveraging the fiber network to deliver superior integrated offerings for City of Lawrenceburg customers.

Do I have to change how I pay my bill?

Nothing will change at this time. You will send your bill payment to the same place, and you will receive your bill as you always have. After the transaction closes, altafiber will proactively reach out to existing customers with information regarding billing.

Which organization should I contact if there is an issue with my service?

What is the timeline for altafiber to assume responsibility for the fiber infrastructure?

Under the working timeline, City of Lawrenceburg will continue to provide customer support and operate the fiber network with no involvement by altafiber until the transaction closes, which is expected to be in late February 2023. This includes managing new service requests and existing service issues.

Following the close of the transaction, the City has agreed to provide certain customer support and network operations functions on altafiber’s behalf for a transition period. During that transition, altafiber will begin migrating existing customers to the altafiber services platform on a neighborhood-by-neighborhood basis, a process that is expected to take up to 180 days to complete.

The City of Lawrenceburg and altafiber are committed to ensuring a smooth process that minimizes any impact to customers. Again, this is a working timeline and we will communicate with customers throughout the process.

Will you raise my prices once the transaction closes?

altafiber's Internet pricing is generally as good as or better than Lawrenceburg today. In addition, altafiber has agreed to honor the pricing for residential customers who were subscribed to the $19.99/month plan at the same or better speed for a period of 24 months after the close of the transaction. Further, altafiber participates in the federal Affordable Connectivity Program, and post-closing of the transaction any current or new customer will be eligible to apply for the $30 discount to the Internet. To learn more and see if you qualify, please visit altafiber.com/acp.

What is altafiber's Internet pricing?

The following package and promotions will be available:

Promotional pricing is good for 2 years and includes equipment. Excludes taxes and fees.

Until the transaction closes in February 2023,  please reach out to Lawrenceburg Broadband Communications to inquire about installing new broadband services.

Following the close of the transaction, altafiber will reach out to existing customers, as well as new customers, as each neighborhood is released for sale by altafiber. At that time, voice and cable TV may also be added to the service bundle.